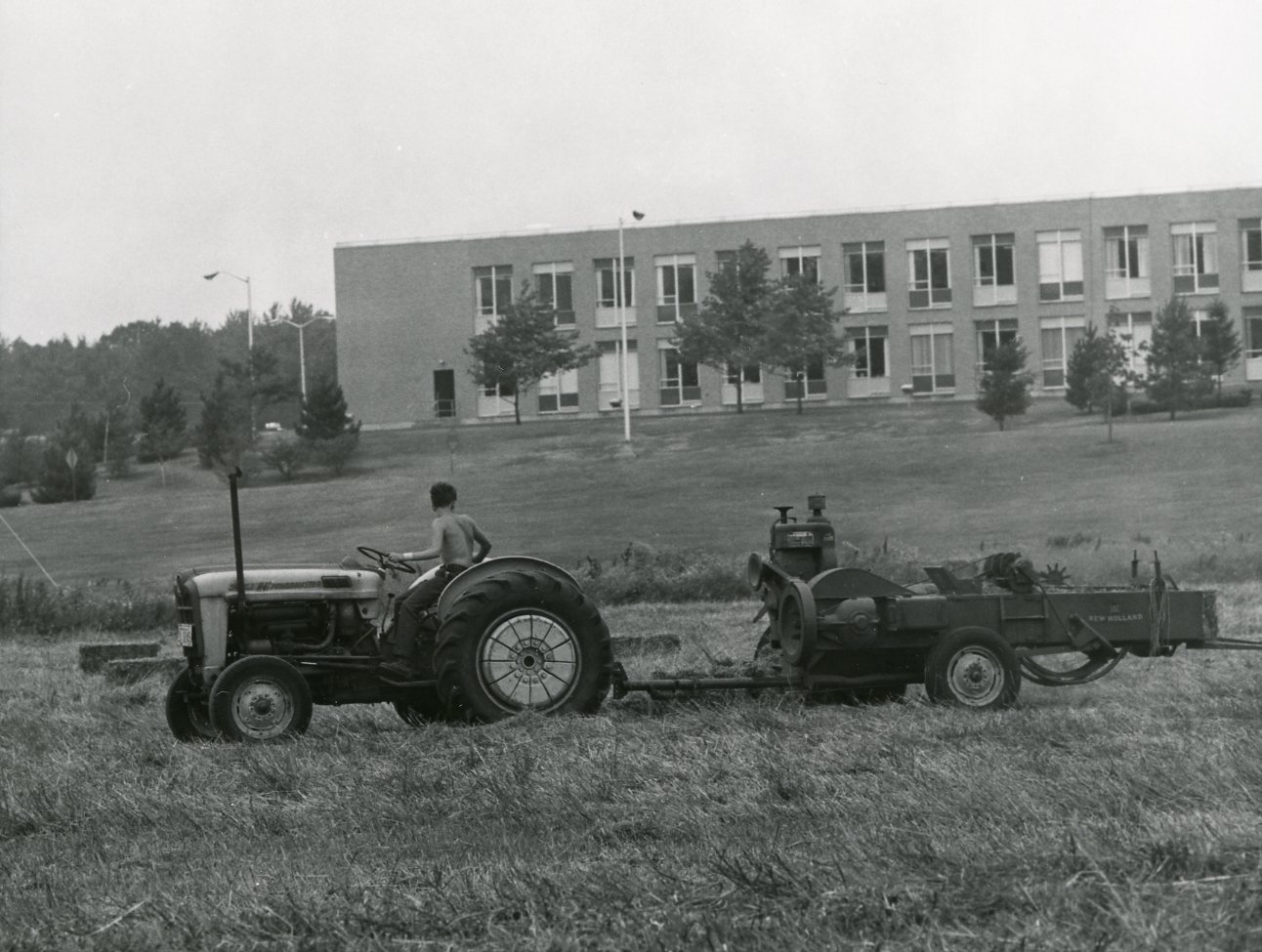 This is Francis Wyman Road c.1930, near today’s Manning Road.

Here’s a good Winnmere aerial. It’s the Given farm property in the late 1940s, with annotations. Photo provided by Ron Given and marked up with his help.

This is the corner of Cambridge St. (Route 3A) and Wilmington Road (Route 62), currently the home of a bustling Mobil station and Carli Convenience. The building in the background is the North School, which still stands today at the corner of Chestnut Ave. and Wilmington Road, painted red and purple at the moment. The first two pics are 1930. Second pair is late 1950s.

Catholic Daughters of St. Margaret’s early 1960s. This is the interior of the “old” building on the fork of Winn and Center Streets.

Millie’s Variety was on the corner of Cambridge St. and Four Acre Drive, before the latter existed. Photo credit: Stan Anderson Jr., whose parents owned the place.

They also owned the gas station across the street, where Sister Thrift is now:

Frothingham mansion, built in 1853. Its current address is 3 Theresa Ave. That’s the high school on the right, in the color photo. Photo credits: Dayle Caterino.

Two Town Halls? The one on the left came down in 1969, after the newer one was completed.

Route 128 construction. This is looking north, just after the Middlesex Turnpike exit. That’s the big plunge and then uphill sweep to the Cambridge St. exits. Full story here.

Mack’s Place, Cambridge St. at Bedford Street, 1930s. Run by Mack MacInnes, who lived in the store with his wife.

Lots to see here. That’s the “old” Memorial Elementary School when it was brand new, 1954. There’s no neighborhood behind it yet. Saint Margaret’s church is the little building on the fork of Winn Street and Center Street, on the extreme right. It hadn’t moved to its current location yet. Peach Orchard Road appears to cross Winn Street and keeping going into the hills, but you can see the hilly portion is overgrown from lack of use. It’s gone now. And across the street from the new Memorial School is Kerrigan Farm, before the town put a school there. Kerrigan Farm story here.

You’ll notice some strange phone numbers on this page. Before the area codes and exchanges of today, Burlington’s predominant phone prefix was “BU” in the 1950s and “BR,” or “Browning,” in the 1960s. When the phone companies dropped the letters and went strictly numeric, some users decried the loss of personality. An all-numeric phone number seemed cold, impersonal.

You’ll also notice some advertisements without street numbers. They were superfluous information. The town was so sparse that everyone knew where every store was located. Houses didn’t receive numbers in earnest until the late 1950s, when the population grew to the point where ambulances needed specifics. In 1957, the town started a new residential numbering process for freshly-built neighborhoods with plot plans. The first fully-numbered streets were Florence Road, Crawford Road, Sylvester Road, Frances Road, Foster Road, Bradford Road, Luther Road, Alma Road and Sunset Drive.

Burlington Diner, located where the Prime Energy station is now, on Cambridge St. The black and white photo is 1956. Color one looks to be earlier. This was part of the DuCett mini-empire. Story here.

Mercury Cleaners, roughly where Papa Gino’s is now, at the corner of Cambridge St. and Terry Ave.

Corner of Cambridge St and County Road, 1955. Oakridge Forest was the name for the Lantern Lane/County Rd/Ledgewood Dr area. The car in the background is passing LaCascia’s, before it existed. Photo credit: George Moore