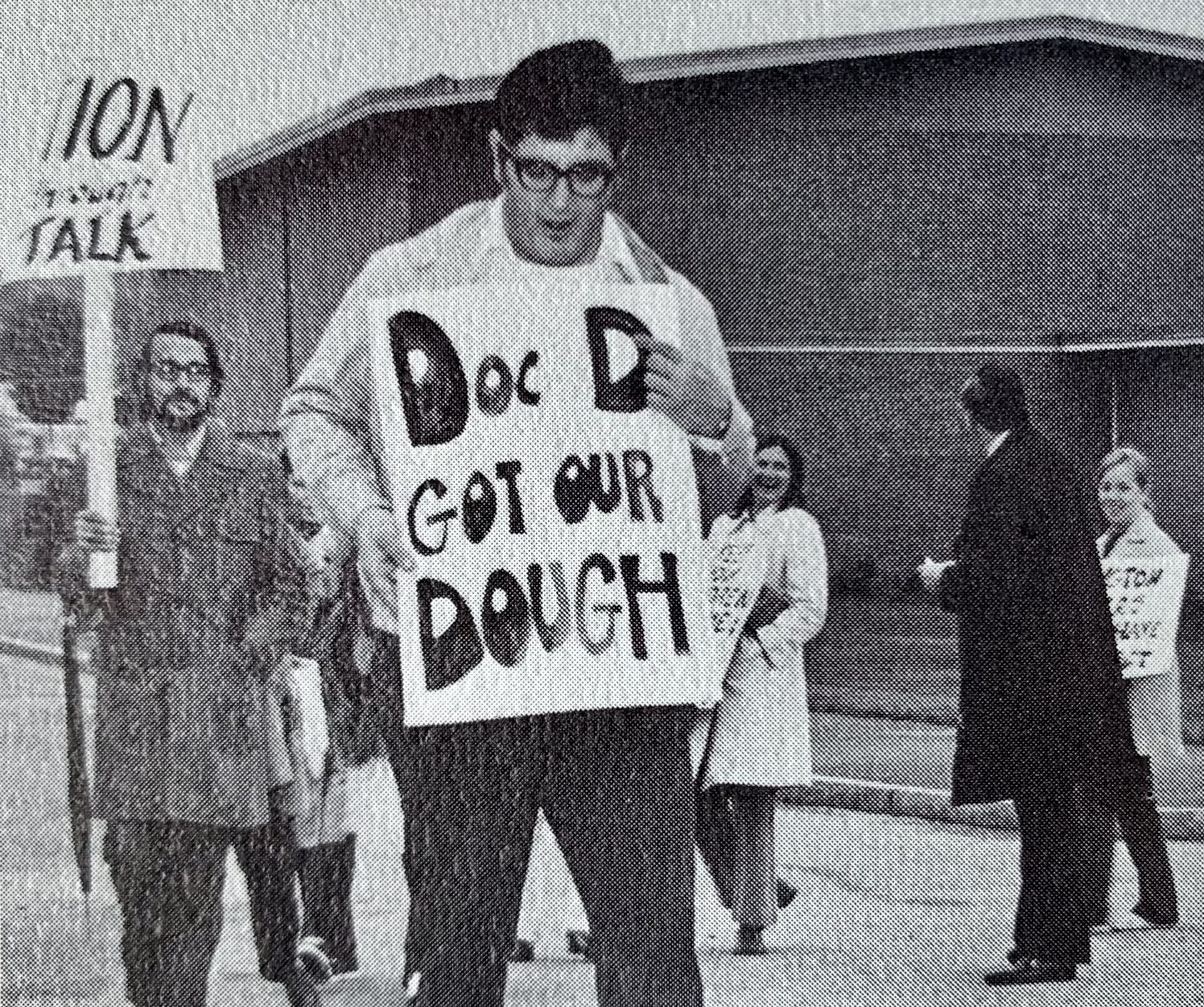 A restaurant/bar called the Grey Squirrel hides in plain sight at 4 Chestnut Ave., directly behind the Burlington Car Wash. At first glance it may look like a typical house, albeit a bit long, but look again. It has a cater-cornered door like an old pub. It also has two distinct halves, each with its own window style and its own door. In the 1930s and 40s, this was a popular business with an attached residence, located where Burlington Car Wash is today.

Anne Mahoney, a Cambridge Street neighbor since 1941, says the Grey Squirrel served an upscale clientele, including tannery executives from Woburn. That was quite a coup. Woburn had much more culture than scrawny Burlington, which didn’t even have a bank or supermarket. So the Squirrel was a rare Burlington destination for the well-heeled. It might have caught a few customers who would have otherwise landed at Ma Newman’s in Pinehurst, Billerica. It’s now the Emerald Rose.

The Grey Squirrel died when the town voted to ban taverns in the 1940s. Along came the Santullo family from Medford, who bought the place from William F. Murphy* in 1952. Benjamin and Alma Bird were occupying a portion when the Santullos bought it, and they refused to leave. They were eventually evicted.

Tony Santullo was 14 when his family arrived. He remembers the place in great detail. The residential part, made of fieldstone, formed the left side. It had beachwood furniture, french doors, and a very ornate fireplace in the basement. The business side had two bars, both bone dry at the time, of course. The bar on the main floor featured a mattress on the floor. That’s because Mr. Murphy, the property owner, slept there. The basement had another bar area. And looming just inside the main door, greeting all visitors, was a stuffed gray squirrel.

The Santullos moved it to Chestnut Ave. in 1966 to make way for their controversial (at the time) Burlington Car Wash.

The Santullos bricked over the house for a more integrated appearance. Tony Santullo became a builder. He renovated the Frothingham mansion on Spruce Hill Road, and he built many streets in town including Heritage Way.

Before the Birds were evicted, they operated a hamburger stand in the front parking lot. Harris Eigabroadt, who lived right across the street, ran the grill at age 12. “I was ‘head chef’ in the mid 1950s. I come from a family of cooks. My mother was a great cook. I served ham, sausage, Canadian bacon, cold drinks, potato chips. Truck drivers used to slow down and hold up their fingers for how many burgers they wanted me to cook for them. They’d pick them up on their way back.”

The Santullos sold the place to Walter R. McCarthy in the early 1980s. McCarthy sold it to the current owners, Lawrence Travaglione and Brenda Ferdinand, in 2014. McCarthy knew the history of the house, but the new owners didn’t until neighbors tipped them last year. They were pleasantly surprised. Thank goodness.

*Murphy’s daughter, Claire, apparently made the honor roll in 1934 at St. Charles in Woburn. The latest owners of the house found her certificate in the attic.

3 thoughts on “Surprise! — your home was a tavern” Leave a comment ›

Join 823 other subscribers
Burlington Retro Surprise! — your home was a tavern
Loading Comments...